How Did Architect Lamps Come To Be What They Are Today?

Home » Light » How Did Architect Lamps Come To Be What They Are Today?
DesignRulz5 February 2019

Before the invention of the household electricity, we humans dependent on the natural sources of light. There was sun to guide and light us during the day, and moon and stars to do the same at night. As we progressed and our creativity flourished, many inventions and discoveries started to show up.

It took the genius and madness of one of the most brilliant minds, Benjamin Franklin, to discover electricity. The famous kite experiment, as one would recall, was a highlight event of the mid 18th century. Before this we relied on musky oils and sticky waxes to light our nights. A simple candle or a wick in a lamp pot was the go-to device for humans till the late 19th century.

But all was going to change, and how! Soon after the discovery of electricity by Benjamin Franklin, Thomas Edison invented the light bulb, and history has never been the same.

How Did Architect Lamps Come to be What They Are Today?

The age of electricity dawned around 1800s. The first of its kind, an arc lamp, was the result of hard work from an Englishman, Sir H Davy. However, his arc lamp had a few problems which were too evident to ignore. The earliest arc lamps were very bright and emitted carbon steam. This made them unsuitable for inside lighting.

Next on the scene was again an Englishman, Warren de la Rue. He invented an incandescent light bulb using a platinum coil. His success, however, was short lived. The filament was costly and the life was short.

Soon, the efforts of several other inventors took the evolution forward. In 1879, Edison invented the light bulb with a carbon filament, and that formed the basis of today’s incandescent lamps and shaped their history. 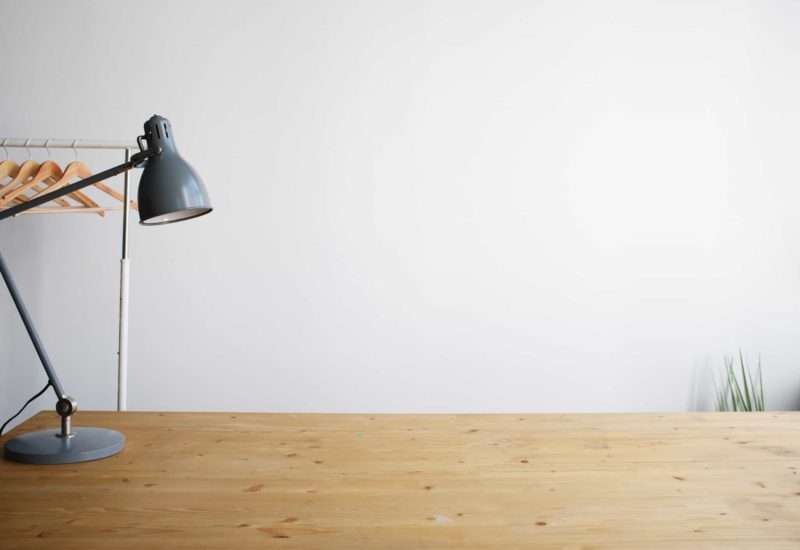 And onward we march to the modern lamps

The invention of the carbon filament based light bulb was a definite game changer. It is said that Edison had tried several filaments for his bulb, and only after thousands of repeated failures did he come across the best one. He famously said, “I don’t think I’ve failed. I just have discovered hundreds of ways how not to make a light bulb.”

Now that a stable design for a filament was up and running, designers and engineers could experiment with various lighting solutions. There were street lights being tested along with several home solutions. Not long after the incandescent bulb, inventors started altering the lamp designs to be accommodated into houses.

After lighting homes and streets with the incandescent bulbs, the time was nigh to change the workplace lighting as well. Because a well lit study can increase the hours an architect, a doctor, or any professional for that matter, employs in his job. 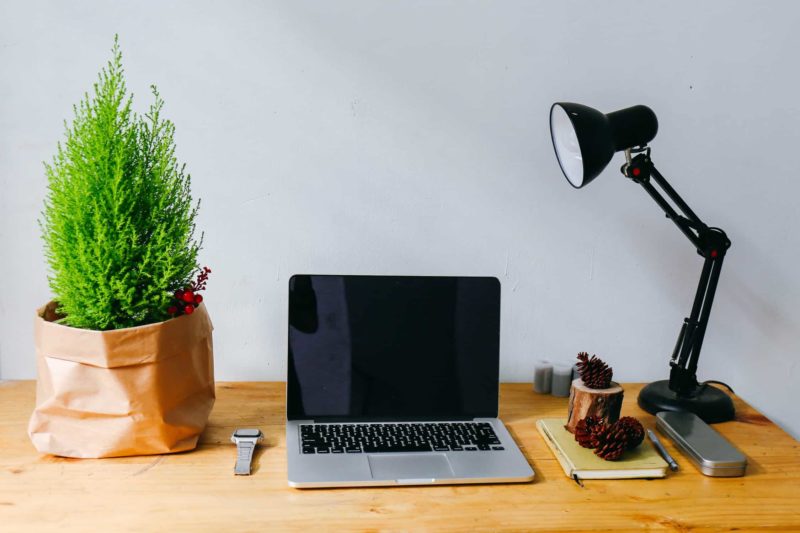 It was the bright idea of a British designer, George Carwardine, which changed how modern study lamps were going to evolve. The solution was quite elegant and yet so simple.

Carwardine’s solution employed a spring. He was a UK based car designer who worked as a freelancer. In the 1920s, many other inventors tried several structures in lamp designs like parallelogram based designs, and counterweights, but none were as successful as Carwardine’s solution. Carwardine, who worked as a suspension engineer is responsible for inventing the modern architect lamps we all know today.

He realised he could add suspension mechanisms in lamps. After tweaking with several designs, he came to choose the one which provided balance using pivoting arms and did away with counterweights. Although a genius at work, the business aspect of it eluded him. Carwardine had planned to use his creation only for his personal use, at the desk in his office.

It was his spring supplier, Herbert Terry, who was interested in his innovation and expand it as a viable business. Soon, after talking to Carwardine about the lamp design, the Terrys were off to producing what would get famous as the Anglepoise Lamp. Meanwhile in Norway, a businessman named Jack Jacobsen, who specialized in importing sewing machines, would soon get the wind of these lamps and alter their path in a historic way.

Jacobson was a visionary. He saw the potential in Anglepoise lamps which would become the modern day architect lamps. It so happened that, in a shipment of his sewing machines from England, there were 2 products that specially caught his attention. The two and only two Anglepoise lamp in the entire shipment. 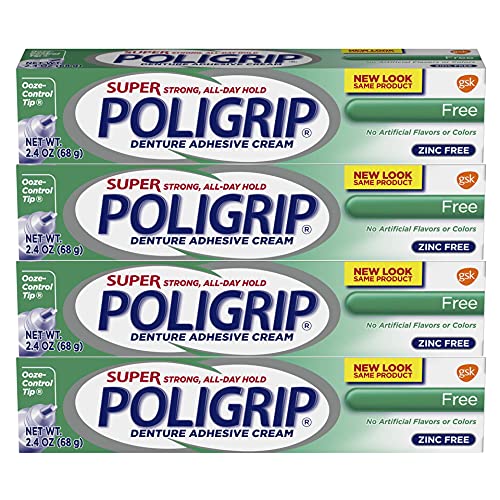 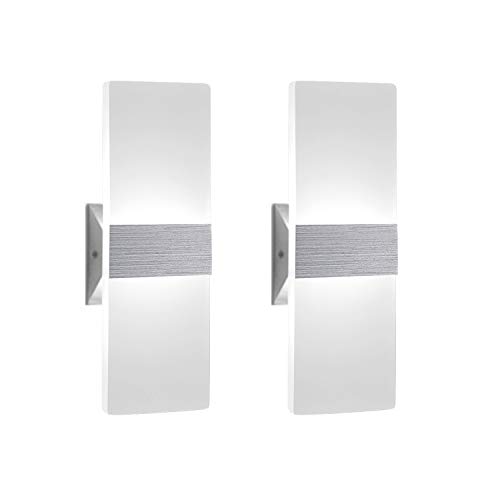 Jacobson was quite intrigued by their design. He thought that they were ideal for sewing as one could easily adjust the angle of the light falling in.

This prompted him to contact the manufacturers of the Anglepoise lamp. He asked the Terrys about acquiring the license for Anglepoise lamp for sale in Norway. The Terrys were more than obliged to answer his call, although they had one condition. He would need to buy parts for at least 500 of lamps to be manufactured. After the agreement, the Terrys continued to sell the Anglepoise in UK and other commonwealth nations while Jacobson expanded the license rights across Norway and Europe.

A new design after a little tweaking

Jacobson was a shrewd businessman. He tweaked the Anglepoise design a little and presented the lamp in Scandinavian style in 1938.  He named the lamp as L1, and started a company by the name Luxo; latin for I give Light.  He was so sure about his design that he convinced the Terrys to sell his lamp outside the commonwealth nations. 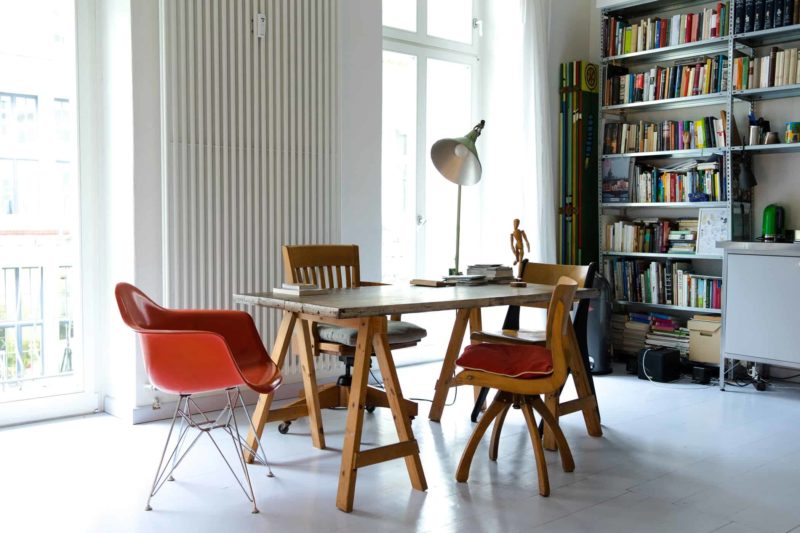 Jacobson’s design earned him substantial amount of money. The deal wasn’t so sweet on the other side, however. Terrys had agreed to a contract that limited their sale in the UK and Commonwealth nations only. But as the lamp market was gaining, the Terrys saw a huge potential in their product. Even though their sales in a few selected nations were bumbling to a standstill of about 50,000 a year, they were determined to not fall behind. 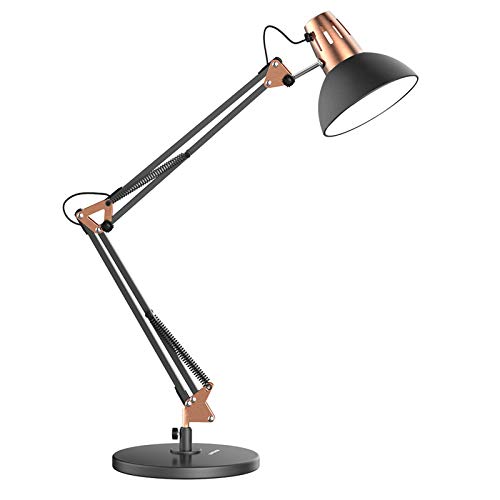 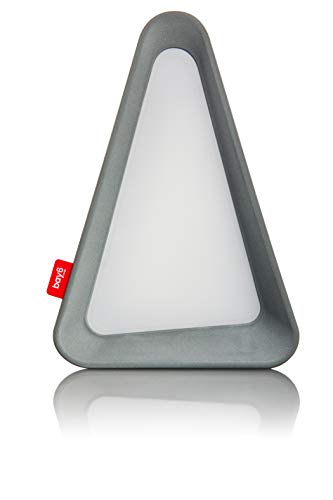 Quickly they hired an industrial designer to revamp their crown jewel and get back into the money making business. It was Kenneth Grange who was entrusted with the task. He created and designed the famous Type 3, the closest ancestor to the modern design of such lamps. This was met with both critical and commercial success. Terrys even went as far as to change the name of the newly resuscitated company to Anglepoise, their very first design name.

Back in 2004, they released a Giant Anglepoise, produced as single product for Roald Dahl Museum and Story Centre. On their 75th anniversary, Anglepoise released the original model 1227 which was the brainchild of George Carwardine himself. 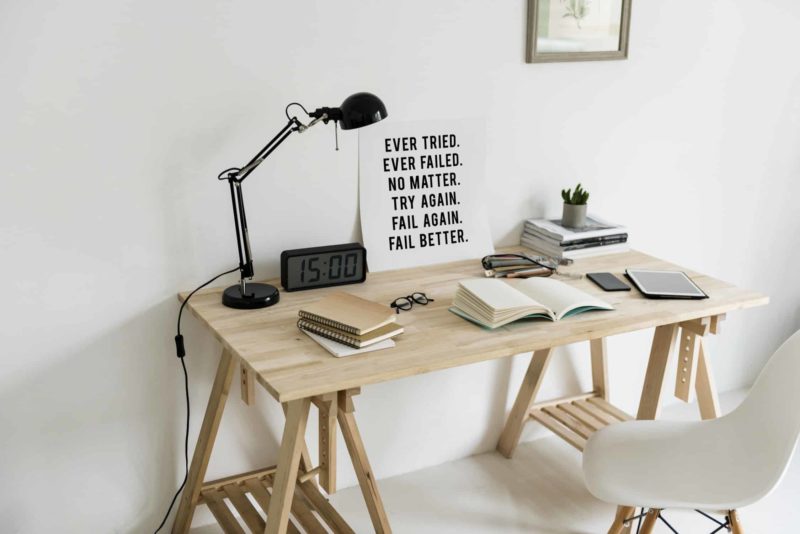 And finally there with modern architect lamps

Imitation is considered the best form of flattery. And Anglepoise had its name written in history books as countless lamp designs took inspiration from its design.

Over the decades, you could see similar modern architect lamp designs in any store that you would walk into. The spring loaded two arm design hasn’t changed much today.

Perhaps even the great Carwardine wouldn’t have imagined that his revolutionary design would change the lamps forever, and forge a place in history only to evolve as a modern day architect lamp design.